At one time this page you are now reading contained very detailed instructions on how to use Overture to display your advertisements. They were one of the first and best online pay-per-click advertising provider.

Overture was eventually swallowed up by Yahoo.

History lesson: Once upon a time, back when dinosaurs still roamed the earth before the dawn of the 21st Century, Yahoo! Search Marketing Solutions was called Overture. It actually started out as the GoTo search engine in 1998, and then rebranded itself and shifted its focus to being an advertising provider on other search engines. This was in the days before Google became the dominant search engine and evil overlord advertising provider that it is today.

Overture provided "sponsored listings" (also known as PPC advertisements) to Yahoo!, HotBot, AOL, and lots of other search engines. They also provided paid placement in AltaVista, which was among the first search engines. Before Yahoo! bought it out, Overture became the largest and arguably best of the pay-per-click advertising providers online at that time.

Somewhere between then and now, Yahoo Search Marketing kind of disappeared. Now Yahoo only has Yahoo Ad Tech.

First there was GoTo: 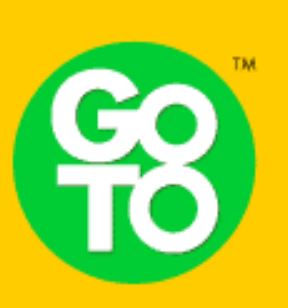 Which rebranded itself to:

And now seems to be:

About the author: Jere Matlock is the founder of Words in a Row, a commercial website development company based in Seattle. With a helpful attitude based on over 40 years experience in real-world marketing and advertising, and 25 years of actually marketing online, he has the expertise to help you navigate the minefields of commercial website development and marketing. He can often be heard saying "Answer people's questions! Try to actually help people."